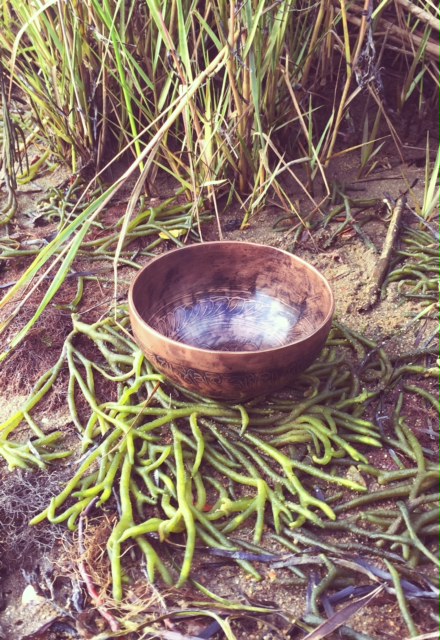 I recently purchased a beautiful bowl from a Tibetan woman. I bought it for its sound qualities, but when she picked it up to complete my purchase, she exclaimed, “Oh, a Buddha prayer bowl!”. When I asked her what she meant, she said that the inscription on the bowl was a Buddhist prayer – Om Manipadme Hum that is used as a prayer by Tibetans and loosely translates as the jewel in the heart of the lotus. The exact meaning of the prayer is hard to quantify in English but the spiritual significance runs deep in Tibet. This prayer or mantra is attached to the bodhisattva of compassion who currently is considered to be the Dalai Lama.

This prayer or mantra may also be found written on rocks in Tibet.  These rocks are called mani stones. Saying the prayer out loud, “Om Mani Patmaii Hoom “ reveals why these are called mani stones as “mani” is the sound of the first syllable after the Om in the prayer. If you look carefully at the close up picture at the end of this blog you can make out the prayer inscription.

This bowl has a wonderful two-tone quality with both tones blending together in harmony and enhancing the feeling of the prayer inscribed. I can just imagine some Buddhist monk chanting to himself “Om Manipadme Hum” and striking the bowl in meditation practice.

Chanting or mantras can be made a part of any meditation practice. Sit quietly. Take a few breaths to settle the body. Repeat to yourself “ Om Mani Patmai Hoom, Om Mani Patmai Hoom”.  Repeat the prayer over and over. If you happen to have a singing bowl try striking the bowl during your session.  If not, just say the chant over and over again.  Try saying this mantra for a few minutes and notice how you feel. Does your mind seem more at rest? Is the chatter of your mind just a little stiller? Repeat the mantra again for a few minutes, perhaps increasing your time. 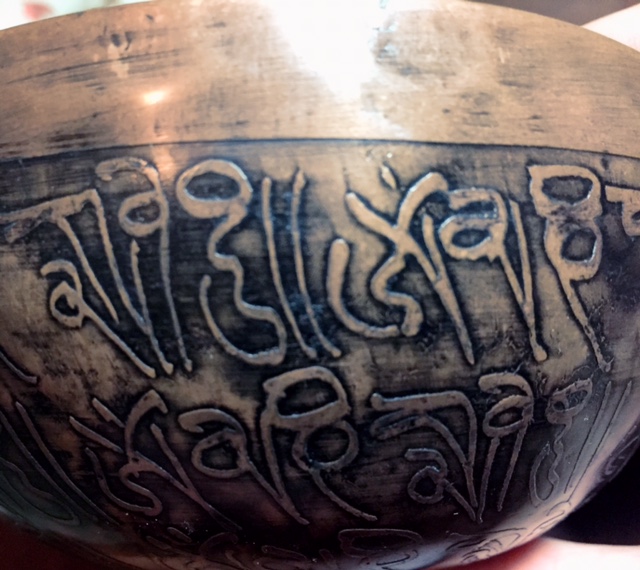